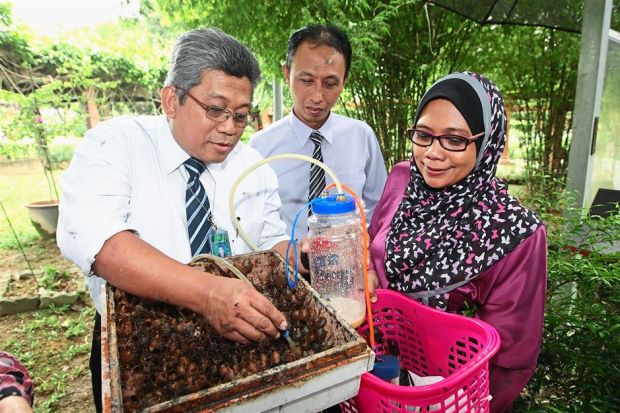 He said the honey which comes from stingless bees, or meliponines, contains up to 10 times more antioxidants than regular honey.

“That makes it a superfood,” he said, adding that the high amounts of nutrients and antioxidants in such products were claimed to be beneficial for health.

The Malaysian Agricultural Re­­search and Development Institute’s initiative included developing Malaysia’s own benchmark for kelulut honey by June next year.

Dr Sharif said the benchmark would help guarantee its quality as a premium product for local and export markets.

According to him, there was a huge export market for the honey as a superfood.

Commercial harvesting of the honey was first introduced here in 2012 and the industry was already a RM200mil a year business, he said.

The beehives are also a source of propolis and bee bread, which have uses in the health and cosmetics industries.

Malaysia is home to 33 species of stingless bee, of which only two – the thoracica and itama – are suitable for commercial honey production. – The Star, 3 September 2016